The museum building was erected in 1898 to house a collection of New Zealand artefacts, brought back to Kelburn by the 7th Earl of Glasgow – David Boyle. In 1892, after a naval career, he became Governor of New Zealand. Among the interesting objects he brought back are Maori spears, Kauri gum, and some wild birds, including albatross and penguins.

Alongside the New Zealand collection, you will find examples of some common domestic and agricultural implements used in Ayrshire at the turn of the century, and a small Natural History of Kelburn display with skulls, bones and other specimens. 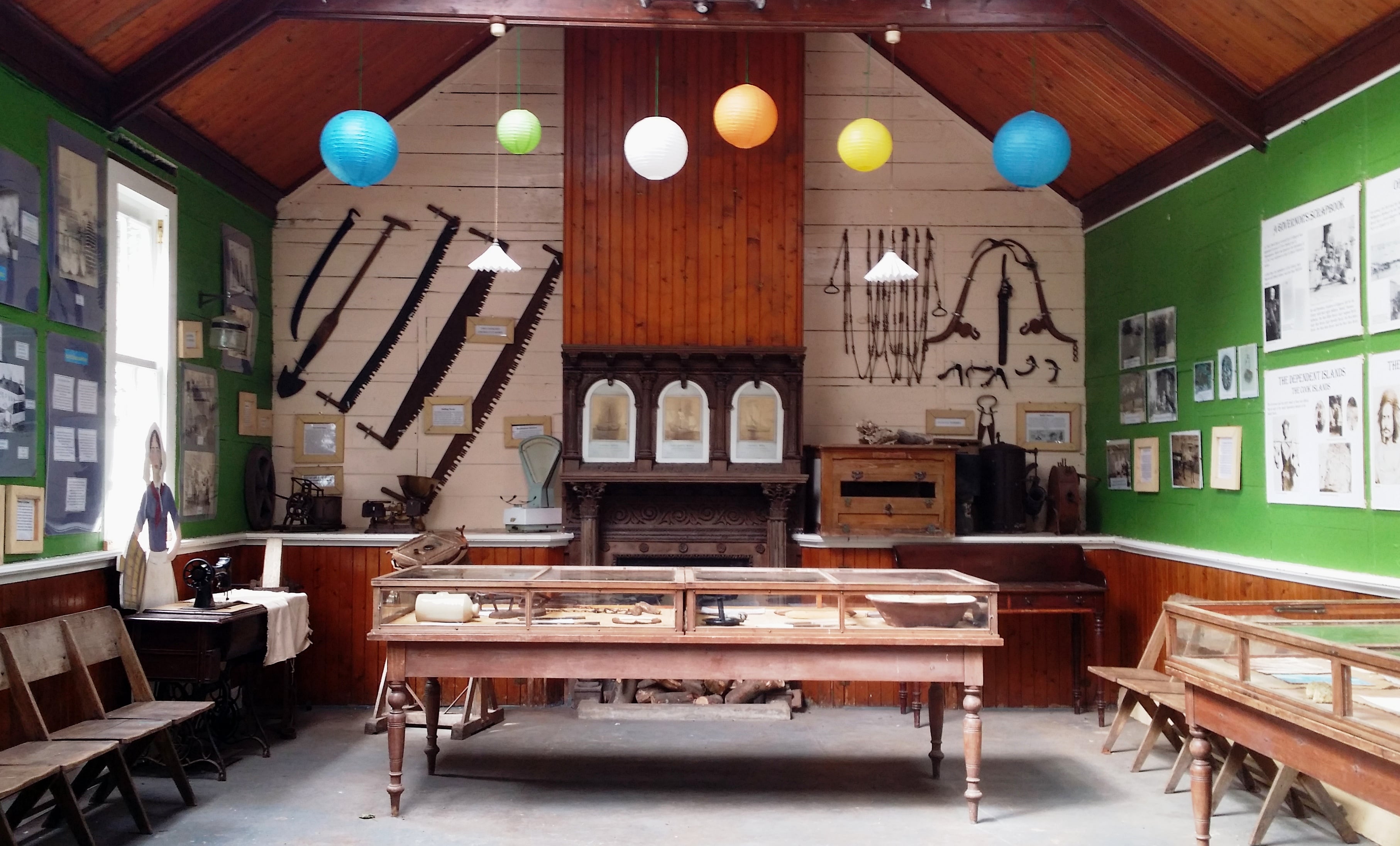