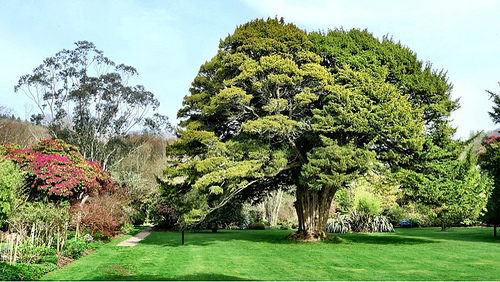 The Gardens The Glen
by Kelburn
No comment(s)

Kelburn hosts an interesting collection of trees. Taking a walk around our grounds gives you the opportunity to spot several species, plus 3 of the 100 most important ‘heritage’ trees in Scotland, recognised by the Forestry Commission.

Below, we visit just a few of these trees. Our grounds are currently open to the public and it’s FREE to walk the grounds, so please do come and enjoy the garden and woodland for yourself.

In the Walled Garden…

Thought to be over a thousand years old, these two Yew Trees have been recognised by the Forestry Commission as two of the 100 most important heritage trees in Scotland.

The Yews have contributed to a unique ‘heritage hedge’, now growing at the Royal Botanic Garden Edinburgh. The hedge has been created using 2,000 small trees propagated from ancient UK and European Yews. The most notable being from Down House in Kent, home of the legendary naturalist Charles Darwin.

Although rare in the UK, this is a common tree in Japan. Usually these trees grow tall, but this one has been subjected to many Westerly gales over the past 150 years, and therefore has a more conical silhouette. 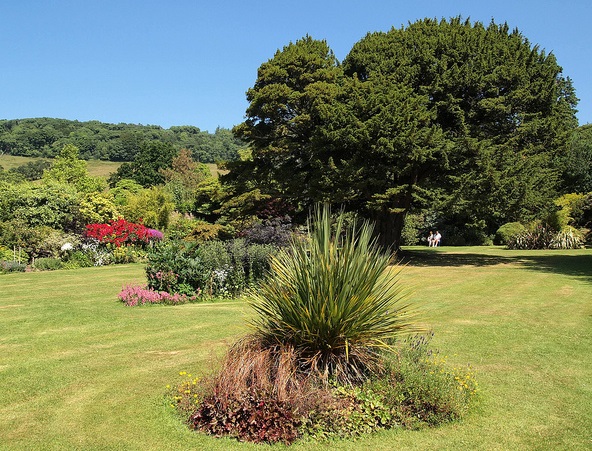 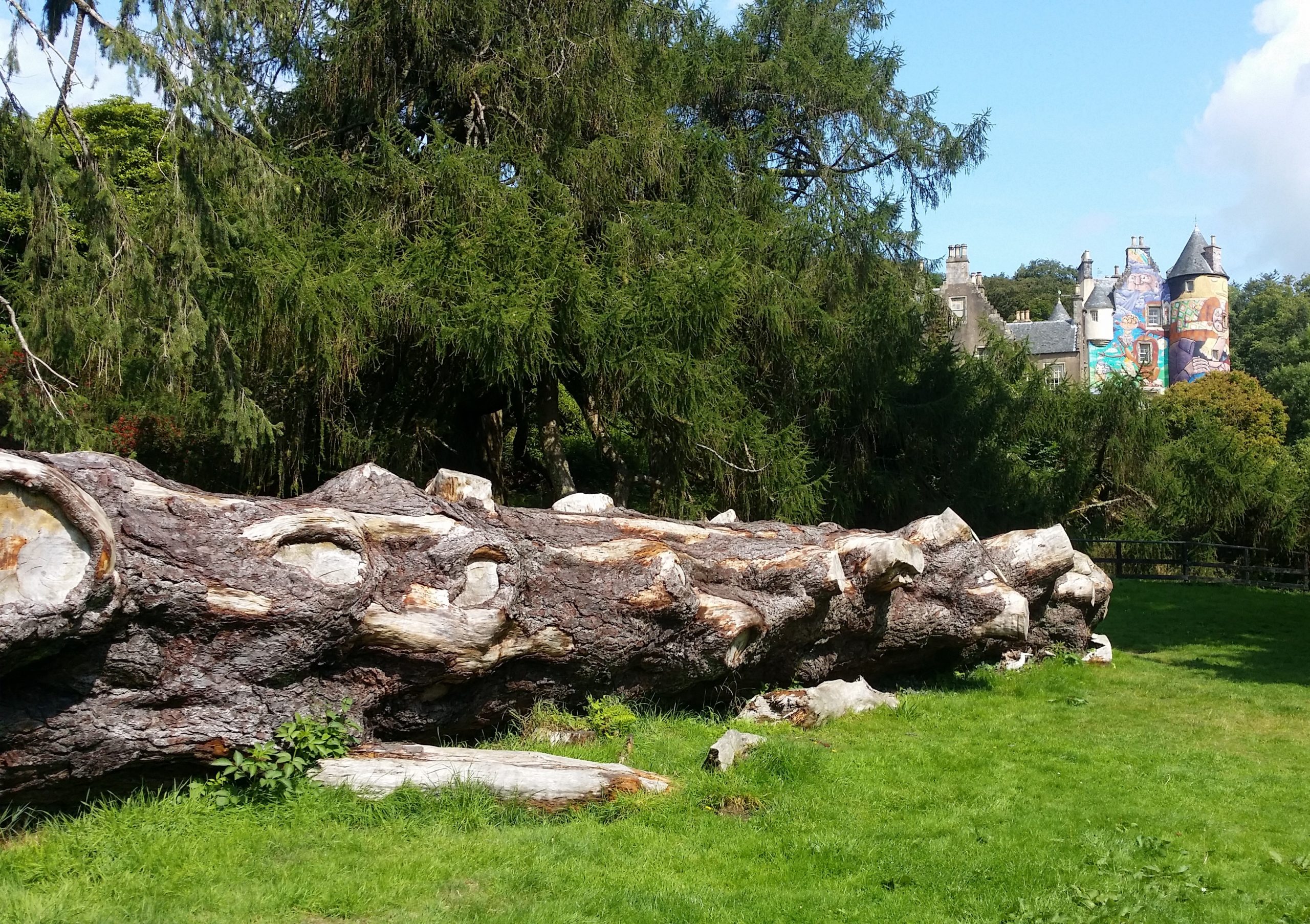 By the Walled Garden

The Weeping Larch spreads over about a quarter of an acre and is 180 years old. Its twisted branches have grown out in all directions, sometimes travelling along the ground liked a snake. This Weeping Larch has been recognised as one of the 100 most important ‘heritage’ trees in Scotland, by the Forestry Commission.

This fallen giant was once the tallest and oldest Monterey Pine in Scotland. Monterey Pines are known to be hardy and able to withstand wind forces too strong for other trees, but in 2012, at the ripe old age of 170, it finally met its match. Before it fell it was over 30 metres tall and 2 metres wide. It is now a great tree for kids wee and big to scramble over!

At the Museum Pond

Gunnera is one of the biggest and most spectacular herbaceous plants, commonly known as giant rhubarb. In winter, the leaves are cut and piled on top of the central growth buds to protect them from frost. There’s also a cluster of Gunnera down by the waterfall, making the waterfall gorge look and feel very prehistoric in the summer.

Alders are native to the UK and grow well near to water. It is the only deciduous tree (sheds its leaves in Autumn) to have cones. Historically, the green dye from the flowers was used to colour the clothes of outlaws like Robin Hood, while its charcoal was ground up to make gunpowder. 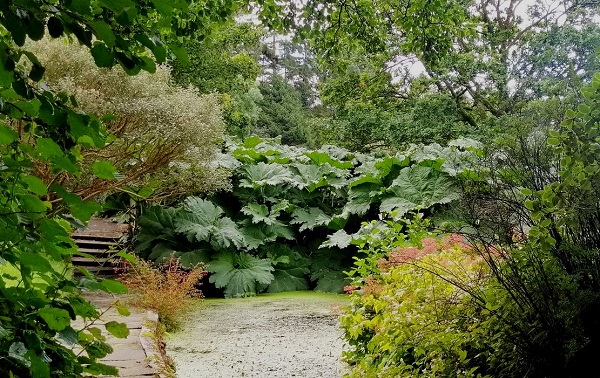 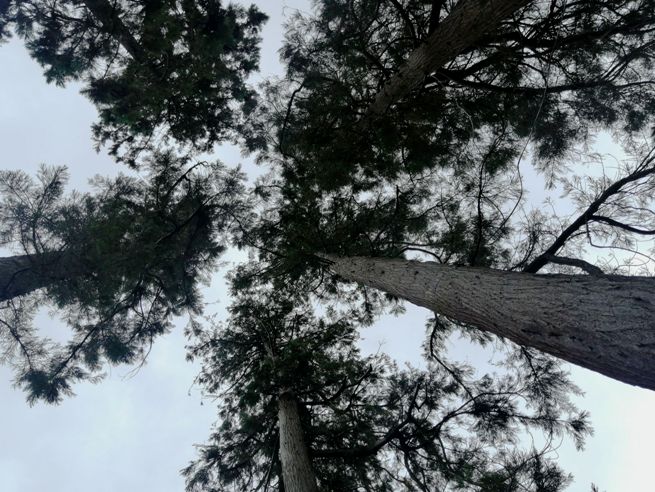 (Behind the saloon) These tall trees are also known as Californian Redwoods and were very fashionable in Country Estates in the 1800’s. They are native to the Pacific west coast of California and can grow to be the tallest, broadest and oldest trees in the world. This group was planted around 1850 and have grown very tall. The bark is a reddish colour and spongy to the touch, but please be careful with them – they’re 170 years old!

(At the view point) Horse Chestnuts were first introduced into the UK from Turkey in the late 16th century. This one was most likely planted in the late 1700’s. The leaf stalk leaves a scar on the twig when it sheds, which resembles a horse shoe.